We recruit senior executives and board members. There are lots of executive search firms, so why should you choose to work with us? Here are six reasons:

Executive search is about finding the needle in the haystack: the person who will make your company far more valuable than it is today. Finding that person requires an exhaustive – some would say obsessive – approach to research. Our database is only a starting point. We do fresh research and investigate hundreds of candidates in order to build the strongest possible long list and short list. Sometimes the results can be spectacular.

We’re intuitive as well as analytical

There are lots of people in executive search who have university degrees and MBAs, which help to develop the intellect. However, finding and hiring the right person also requires intuition, defined as ‘immediate insight without reasoning’. You could also call it ‘gut feel’. One of the most effective tools for developing intuition is meditation. I learned to meditate over 20 years ago. My intuition suddenly became much stronger. (There have been many meditators in business, including Steve Jobs and Ray Dalio – founder of Bridgewater Associates, the world’s largest hedge fund.)

We work across several sectors

In some cases, the best candidate is working in another sector. For example, pub and health-club chains sometimes want a finance director who has worked in retail. We apply the same rigorous approach to every search assignment. So far, we have worked in the following sectors:

We can approach all the best candidates

This follows on from the previous point. If you’ve worked with large executive search firms – or with those who specialise in your sector – you may know that some have ‘off-limits’ agreements which stop them from approaching particular candidates who really interest you. This may prevent you from hiring the best person. We don’t have that constraint. As a small search firm specialising in board-level assignments, we can approach anyone except the candidates we have placed (who usually don’t want to move anyway).

Our completion rate is very high

When I began working in executive search, 20 years ago, I was shocked to discover that one-third of search assignments are never completed. In other words, one-third of clients don’t get what they paid for. There are many reasons why assignments aren’t completed. Sometimes the client decides to sell the company, or they change their mind about making the appointment. However, in many cases the executive search firm simply runs out of steam. Purkiss&Company’s completion rate is around 95%. We keep going until we complete the task.

We handle a small number of assignments, and move quickly. Our fees are similar to those of the large search firms, but we are more flexible regarding payment terms. We also avoid incurring unnecessary expenses on your behalf. Where appropriate, we reinvest some of our fee in the client company’s equity, or take part of our fee in the form of share/stock options.

We welcome approaches from senior executives and board members. Please note that, in response to the General Data Protection Requirement (GDPR), we no longer hold CVs/ résumés. Instead, we invite you to upload your CV / LinkedIn profile and connect with us on Not Actively Looking, a confidential and secure platform that allows you to manage the information you provide, including up-to-date career information, key achievements, skills and aspirations. Please click on the dolphin logo: 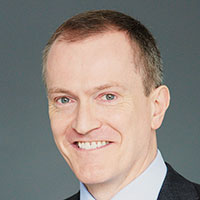 John studied economics at Cambridge University and has an MBA from INSEAD, where he was awarded the Henry Ford II Prize. He began his career in banking and management consultancy, and has invested in several high-growth companies. John was a partner with Heidrick & Struggles prior to co-founding Purkiss&Company, where he recruits chief executives, finance directors and other board members. He has lived and worked in France, Belgium and the USA. John speaks French, German and Spanish. He is the co-author of How To Be Headhunted, Brand You and The Power of Letting Go.

How to be Headhunted

If you are looking for a senior executive position – or a seat on the board – this book will tell you what you need to know. Learn about the search industry and the prominent firms within it. Understand the recruitment process and make it work to your advantage. Identify the search firms that specialise in your sector or job function. Prepare a persuasive covering letter and a ‘headhunter-friendly’ CV. Build long-term relationships with search consultants. Headhunting has long been shrouded in mystique. This book is the insider’s guide, packed with practical tips to help you approach executive search firms

In the modern workplace, clearly defined hierarchies are on the wane, few of us have ‘jobs for life’ and many of us have portfolio careers or are self-employed. In these self-reliant times, it’s essential to be remembered for the right reasons. Brand You will help you develop a powerful personal brand. It starts by helping you identify your talents and values, and the archetype(s) that express what you do and the way you do it. (E.g. the Ruler, the Hero, the Creator.) Then it shows you how to communicate all of this, both on- and offline. Brand You will help you attract the opportunities that really interest you.

The idea behind Lo-Q arose when Leonard Sim and his family queued for nearly two hours for a ride in a theme park in Florida. When they reached the front of the queue, the ride broke down. Leonard is an electronic engineer so, in response to this experience, he developed the concept of dynamic virtual queuing. He formed the company in 2000. It provides queueing and ticketing technology for theme parks, water parks, ski resorts, cultural attractions and sporting events.

In 2010, John Purkiss and his team were asked to find a new chief executive. By this stage, Lo-Q was traded on the Alternative Investment Market (AIM), with revenues of £17.5m and a market capitalisation of £12.7m. John and his colleagues contacted over 300 people as sources and potential candidates. They drew up a long list of 12 candidates, which they reduced to a short list of four. Among the four was Tom Burnet. He had been an officer in the British Army, and had set up and run businesses in house building and leisure. He had co-founded a fast-growing technology consultancy and run a division of QinetiQ. When John approached him, Tom was Managing Director of Serco Defence Services. Tom joined Lo-Q as CEO on October 1, 2010. Since then: